It was another sign of the undoing of Vatican II and collegiality. The International Commission on English in the Liturgy (ICEL) spent 15 years working on a new faithful and beautiful translation of the English missal. It was approved by all the English-speaking conferences of bishops by a very wide margin, only to be rejected by the Vatican in 2002.

The Vatican then decided that they would take it upon themselves to create a “suitably” orthodox English translation. Just this past year the USCCB rubber-stamped the Vatican version without much enthusiasm (and not without some objections). http://americamagazine.org/content/article.cfm?article_id=5482 This imposed “new” version is being slated for implementation, and most critics of the "new" missal seem to have accepted it as a “fait compleat”.

However, one movement called “What If We Just Said Wait?” decided to tilt with windmills and try to push back. They started a signature campaign to reconsider the implementation. They recently offered the following "food for thought"...

THE CONTROVERSIAL new English translation of the Roman Missal, which the Vatican officially approved in its entirety last April, is actually still a work in progress and will include more changes that were never endorsed by the world’s English-speaking bishops, The Tablet has learned. “This means that the beautifully-bound English Missal that Vox Clara gave Pope Benedict at that gala luncheon last spring, to mark the recognitio (approval), was not even the finished product,” said one of several sources who spoke on condition of anonymity.

It’s evident that the new translation of the Roman Missal is in serious disarray. Not only are extensive changes being made to the texts our bishops voted on (many of them reluctantly), but some English-speaking conferences of bishops have not even voted on all of the texts yet!

A sign of hope? Recently, a new translation into German of the Order of Christian Funerals (prepared according to the norms established in Liturgiam Authenticam) was rejected by German-speaking priests and bishops for pastoral reasons. Amazingly, permission has now been granted to them by the Vatican to continue using the 1973 version they were accustomed to!

According to Anthony Ruff, OSB, this is the first time since the Second Vatican Council that “an officially approved book is being withdrawn because of objections to the translation, especially to the many changes Rome made in the submitted translation.” Is it too much to hope that the same thing could happen with regard to the new English-language Missal?

For more information and to sign a petition go to http://www.whatifwejustsaidwait.org/newsjuly15.htm
Posted by Word From WEORC at 9:13 AM No comments:

A Spark in the Darkness 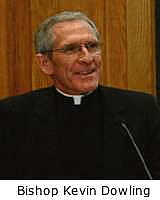 Just when you think there is nary a bishop in the world with the heart of Christ, who cries at the things that makes God cry, there is a spark of light in the darkness.

In this case it was Bishop Kevin Dowling of South Africa. Thinking he was speaking “off the record”, he spoke many of the truths that go unspoken about the direction of the Catholic Church. While many may hail his frankness, we can only hope he won’t be chastised by some curial court. The whole text of his talk can be found in the NCR…
http://ncronline.org/news/vatican/catholic-social-teaching-finds-church-leadership-lacking
Posted by Word From WEORC at 1:58 PM No comments: 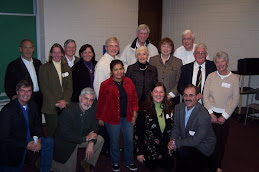